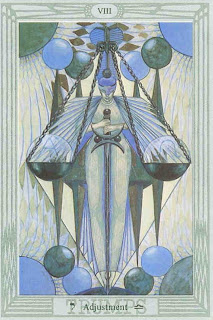 Saturn represents time, structures, boundaries, and foundations. On October 29, 2009 Saturn enters Libra. Libra is symbolized by the scales representing balance, fairness and equal justice under the law. The cycle of Saturn in Libra is about bringing what is out of balance into equilibrium by taking responsibility for the choices we make.

Saturn operates well in Libra as Saturn’s principle of karma (action) combines with Libra’s need for balance and justice. Saturn’s law of karma is commonly understood by the expression, “as you sow so shall you reap.” Libra is ruled by Venus (money/banking). Positive actions are like a bank deposit or credit to our account, and negative actions act like a bank withdrawal or debit.

During Saturn in Libra we learn valuable life lessons through relationships. Libra rules partnerships, from romantic/marriage partners to business partnerships and alliances. Libra also represents people and nations considered to be our enemies, as we project onto our allies and our enemies what we have difficulty understanding and expressing in ourselves. Libra prefers to seek a diplomatic solution to waging war in the hope that enemies could eventually become allies.

As part of the air element, Libra likes to communicate and socialize, particularly one on one in person. We must take responsibility for what we communicate as this can be just as harmful as using weapons. Saturn in Libra values old-fashioned manners and appropriate social conduct. It takes time and a sincere effort to establish and build meaningful business and personal relationships. Relationships that are not an equal give and take will end during this cycle, particularly around late July/early August 2010 when Jupiter and Uranus in Aries oppose Mars and Saturn in Libra. During Saturn in Libra we are at our best when we create beauty and harmony within ourselves and in our surroundings.

Saturn rules history and examining the events of the prior cycles reveals a few common themes that will be important in this cycle as well. The prior cycles saw advances in communications, media, and entertainment, from the first commercial screening of sound on film motion pictures, to color TV, MTV, and PCs. The internet increased the function and uses of the PC. During this cycle of Saturn in Libra computers and hand held devices will become fully integrated throughout homes and businesses. Saturn’s opposition to Jupiter and Uranus in Aries will bring new ways of communicating and innovation in engineering. New inventions will be inspired by or based upon historical discoveries. Many inventions being used by the military will be transformed for civilian use.

The last two cycles of Saturn in Libra required strong intervention and independence by the Federal Reserve to control inflation. The most recent cycle saw the highest rate of unemployment since the Great Depression, peaking at 10.8% in November/December 1982. Inflation will gradually rise, making a sharp and sudden spike by the middle of 2010. Saturn in Libra, along with Jupiter, Uranus, and Pluto will profoundly affect the Federal Reserve, transforming its scope and purpose as the Fed faces its biggest challenges since its founding in 1913.

All three cycles involved high volatility in tax policy and rates. The issue of taxation goes back to America’s founding in 1776 when Saturn was in Libra and Pluto in Capricorn, reflecting the Colonists desire to break free from British rule in what began as the unfairness of taxation without representation. Saturn rules government, and the first two paragraphs of the Declaration of Independence reflect the principles of Saturn in Libra at work in establishing a new nation.

Pluto in Capricorn reflects that the U.S. has been a debtor nation since its inception. Saturn in Libra challenging Jupiter, Uranus, and Pluto requires tough choices to be made to get a grip on the deficit. Societal attitudes will have to shift from tax policies that benefit special interests to a return to what truly benefits all citizens similar to Supreme Court interpretations prior to FDR’s New Deal.

The goal of Saturn in Libra is to create an economy that seeks to balance saving and borrowing.
Saturn in Libra accompanied by the transits of Jupiter, Uranus, and Pluto will fundamentally change the relationship between government and the financial system. In fact all companies that have greatly benefited from government assistance and subsidies at the expense of the overall economic good of the nation will face restrictions and societal obligations.

The era of the consumer-based economy is over; it is corporate America’s responsibility to lead the nation out of recession. Saturn in Libra along with Jupiter, Uranus and Pluto mark the beginning of a new cycle of business innovation and invention.

It is appropriate that Saturn enters Libra during the time of the year the Sun is in Pluto-ruled Scorpio since the first planetary aspect Saturn in Libra makes will be to Pluto in Capricorn on November 15, 2009.** The Saturn/Pluto alignment exposes secret financial arrangements of corporations and governments. This challenging alignment tends to dampen sentiment as people fully realize responsibility must be taken at the individual and collective level for paying off the debts of the past.

Reality sinks in that the economic quick fixes of excess stimulus and overly accommodative monetary policy give the illusion of working. Libra and Capricorn are cardinal signs that initiate new policies that require a painful adjustment in the short term in order to create a sustainable economy for the long term.

Libra rules bridges and connections. The stressful Saturn/Pluto alignment along with Jupiter and Uranus in Aries will likely see bridge collapses and other preventable disasters resulting from our long neglected decaying infrastructure.

Humans express either love or fear. If through our free will we choose to live our life with love rather than fear, then love is the law and there is no law beyond do what thou wilt. This is the highest expression of Saturn in Libra.

NOTE: Future posts discussing Saturn in Libra and its alignments with Jupiter, Uranus, and Pluto will be linked to this post as an addendum.

Picture of the Adjustment card from the Thoth tarot deck by Aleister Crowley; illustrated by Lady Frieda Harris.
Posted 10/24/2009 10:55:00 PM

excellent commentary on our projects ahead. Particularly interesting is the concept of new or newly adapted inventions moving into the economy. For investors I think this is the idea that must be explored further as we move into the preview phase of Saturn's transit of Libra